The film centres on the people and moments that defined the queer community in the Kootenays while paying tribute to the legacy of activism that led to a diverse and robust LGBTQ2S+ population today. Spanning decades, this 30-minute documentary will explore how the discrimination and demands of one generation were transformed into the rights and responsibilities of those that followed. Both cautious and celebratory in tone, this film will illuminate a history that started with a brave handful of pioneers who ushered in the largest rural queer community in Canada. Featuring the stories of: Michael Wicks, Christopher Moore, Cindy Henderson, Robert Verigin, Henri Roberts, Sophia Dricos, Norma Kilpatrick, Seán Hennessey, Uli Holtkamp, Jesse Halton, Bobbi Mollenberg, Smokii Sumac, Cheryl Dowden, and Jo Caple. 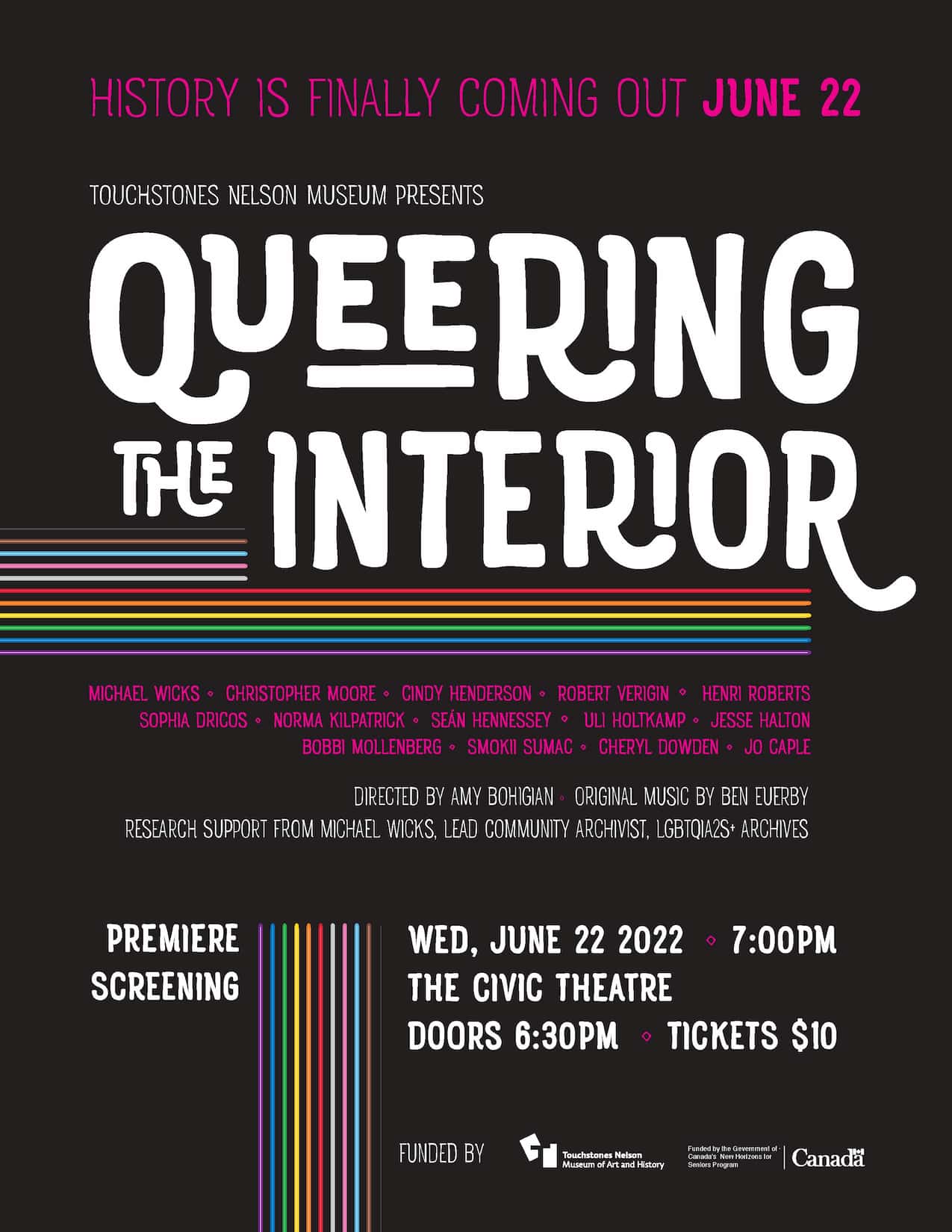